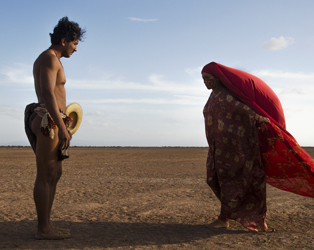 A founding myth for Colombia’s drug wars, Birds of Passage is an epic, visually breathtaking crime saga from the directors of Embrace of the Serpent (2015).

In a film replete with premonitory signs and symbols, the war is depicted as a curse born from an escalating blood feud between two families bound by tradition and superstitions.

The story takes place in the mid-1960s amidst the Wayuu people. Cocky young bachelor Raphayet (José Acosta) seeks, but cannot afford, the hand in marriage of Zaida (Natalia Reyes). He makes a deal with his cousin, a hemp dealer, in a bid to supply the drug to US Peace Corps volunteers, hoping the scam will earn enough to secure the marriage. The repercussions grow to assume Godfather-like proportions as generational vendettas play out on an ever grander scale.