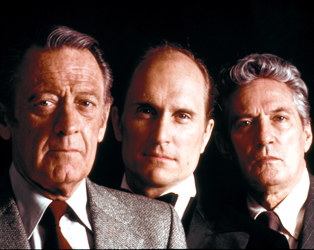 WIN 2 TICKETS TO THE BIGGER PICTURE SCREENING OF NETWORK

October’s Bigger Picture feature chimes with the release of Kate Plays Christine which explores the on-air suicide of news reader Christine Chubbuck, an event that inspired Paddy Chayefsky to write his Oscar-winning script for Network. When news anchor Howard Beale suffers a public breakdown, the network he works for exploits his fragile mental state to capitalise on his newfound celebrity. These events provide a blackly funny satire on US media culture focused on TV ratings rather than actual news. Monday, October 17th (20.00).

To win 2 tickets to this event, please answer the following question:

Which of these actors won a posthumous Oscar for their portrayal of Howard Beale?

*THIS COMPETITION HAS NOW CLOSED*