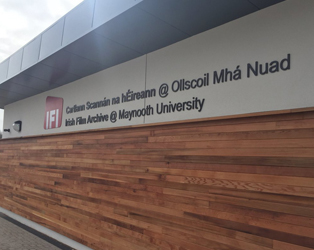 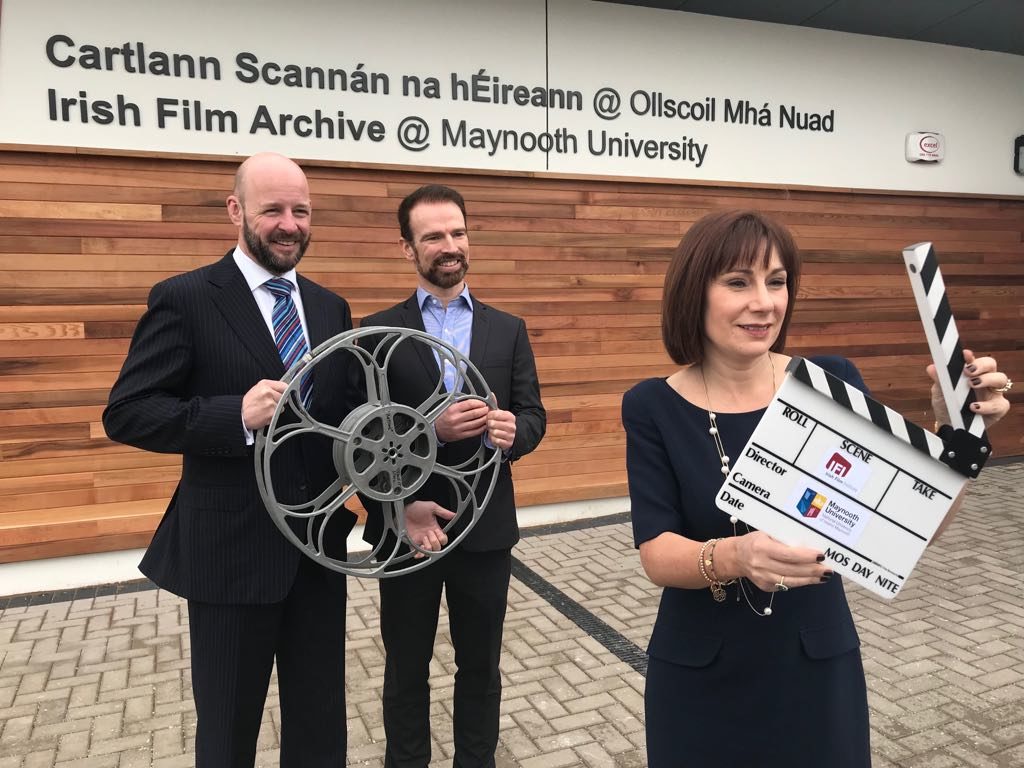 Films from directors including John Huston, Neil Jordan, Jim Sheridan, Lenny Abrahamson, Mary McGuckian, Pat Murphy, Aisling Walsh, George Morrison, Paddy Breathnach, Bob Quinn, Louis Marcus, Joe Comerford and Alan Parker amongst many others will be stored at the facility as part of the Institute’s collections, plus a large number of amateur films from the IFI Film Archive’s vast repository.

Speaking at the opening of the facility, the Minister for Culture, Heritage and the Gaeltacht Josepha Madigan T.D. said, ‘This archive is a treasure trove which contains over a 100 years of Irish stories on film. It will preserve those stories so that new generations will see how the preceding generations looked upon themselves. This is the nation talking to itself in reel time! I am delighted that my Department was in a position to support the Irish Film Institute in providing this new facility in Maynooth University.’

Ross Keane, the Director/CEO of the Irish Film Institute, added, ‘A key component of the IFI Strategy 2017-22 was to increase capacity for moving image preservation and acquisition through the development of additional off-site climate-controlled vaults, and we are therefore delighted to be officially opening the new IFI Irish Film Archive @ Maynooth University. This significant expansion of our vaults addresses a critical space issue and is a key development for the IFI, and will ensure that we can continue to acquire and preserve precious moving image material for current and future generations.’

Maynooth University and the IFI also have initiated a new academic partnership that uses the archive as a teaching and research resource. Students in MU’s Master’s in Critical and Creative Media course (Department of Media Studies) have the opportunity to take a module in Media Archives that is co-taught by IFI’s Kasandra O’Connell and Maynooth’s Dr Denis Condon and Prof Maria Pramaggiore, also an IFI Council Member.

President of Maynooth University, Professor Philip Nolan, commented: ‘Maynooth University is delighted to welcome the IFI Irish Film Archive to campus; it complements wonderfully our established research and academic strengths in the arts and humanities in general and in Media Studies in particular. In addition to preserving the history of the moving image in Ireland, the IFI Irish Film Archive @ Maynooth University supports a new academic partnership between our two institutions, giving Maynooth students and researchers the opportunity to be at the forefront of media archive education and research.’

To ensure optimum storage conditions for the films stored in the vaults, the temperature in the vault will be lowered to 4°C while the Relative Humidity will be maintained at 35%. The research and preservation space will contain viewing and winder facilities for all film formats including 8mm, Super8mm, 16mm, 35mm film, and will contain 16mm and 35mm Steenbeck flatbed editing tables.

For further information, images, or interview availability, please contact Stephen Boylan, IFI Press and Marketing Manager, at 01-6795744 or at sboylan@irishfilm.ie.