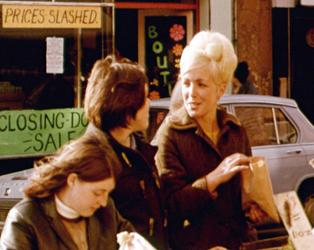 SCANNÁIN GAELACH
In celebration of Seachtain na Gaeilge we present a series of short films made in the Irish language. All films are presented in Irish with English subtitles.

PROGRAMME ONE
POBAL
Pobal is Louis Marcus’s breathtaking panorama of Irish life in 1970. The spirit and character of the Irish people are observed through the lens of Bob Monks in a dynamic series of rural and urban portraits, accompanied by the rousing music of Seán Ó Riada.
FILM INFO: Louis Marcus, 25 mins, Ireland, 1970