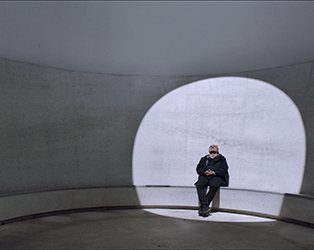 May 28th 2021: The Irish Film Institute (IFI) is delighted to announce a new season of films showcasing Irish and international architecture, online on IFI@Home from June 4th – 30th. Documentaries are available to pre-order from €3.99, and a full season bundle is available for €69.99, at www.ifihome.ie.

Speaking about this curated collection of films on architecture, Head of IFI Cinema Programming David O’Mahony commented, ‘This month-long season presents a collection of dynamic perspectives on how architecture and cities are represented through the moving image. The selected documentaries consider ideas around building design and construction, urban planning, conservation, and adaptive reuse.’

Films on Eastern power structures and physical formations include Hotel Jugoslavia, which examines the iconic hotel built in the capital of Belgrade in 1969, and Palace for the People, a film portraying five of the most enigmatic buildings of Soviet times. The New Bauhaus looks at the work of Hungarian artist László Moholy-Nagy, and the founding of his Institute of Design in Chicago; the film is presented alongside a conversation with director Alysa Nahmias, hosted by Kathleen James-Chakraborty, Professor of Art History at UCD.

Citizen Jane: Battle for the City follows the struggles of Jane Jacobs and her fight to save New York City from the ruthless destruction of urban communities. Also set in New York and across urban centres, IFI Documentary Festival 2019 selection Push depicts activist Leilani Farha’s fight to push back against the commodification of housing as an asset.

Irish films on design, creativity and vision include Talking To My Father, in which architect Simon Walker explores the legacy of his father Robin Walker, one of Ireland’s pre-eminent 20th century architects. Once a partner of Walker, Michael Scott, designer of Busáras and the Abbey Theatre, is the subject of Michael Scott: A Changing Man, directed by his daughter Ciarín Scott. Two films explore the work of structural engineer Peter Rice: the documentary portrait An Engineer Imagines, and conceptual essay Floating Structures, which searches for traces of Rice’s work throughout Europe.

Other films exploring Irish architects with international resonance include the creative documentary Build Something Modern, following a group of Irish architects who designed hospitals, schools and churches in Africa from the 1940s, and Kevin Roche: The Quiet Architect, examining the Pritzker Prize-winning architect who designed over 200 much-admired buildings in the US and elsewhere.

During the Architecture on Film season, IFI and Irish Architecture Foundation present Paddy Cahill Remembered on June 17th, an event screening including three of the late Paddy Cahill’s films completed before he passed, Commonspace, Circle | Square and Tulach a’ tSolais. This screening will be followed by a live panel discussion with academic Dr Gul Kacmaz Erk, filmmaker Tadhg O’Sullivan, and historian Dr Ellen Rowley.

Titles included in Architecture on Film are available to pre-order now.