This screening included a Q&A between Francis Ford Coppola and director Steven Soderbergh, recorded at the Tribeca Film Festival in April, in which they reflect on the film’s legacy in light of its 40th anniversary, and the long journey to creating this new restoration. Running time of feature + Q&A is 230 minutes.

Forty years after its original release, audiences will get the chance to experience Apocalypse Now Final Cut, a never-before-seen and newly restored cut of Coppola’s spectacular cinematic masterpiece in a way which the director believes “looks better than it has ever looked and sounds better than it has ever sounded”. Restored from the original negative for the first time ever, Apocalypse Now Final Cut is Coppola’s most realised version of his multi-awarded classic -a haunting journey into madness that has fascinated generations of movie lovers. 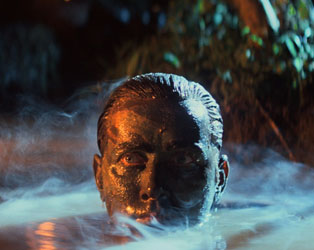