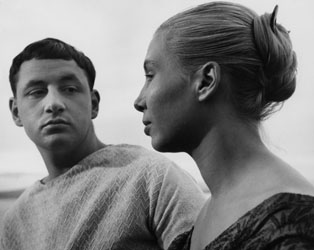 Having worked extensively as a photographer, Varda had no previous filmmaking experience when, at age 25, she embarked upon her début feature. A precursor to the New Wave with its naturalism, use of location shooting and non-professional actors, it was, at the time, unconventional in French cinema.

Set in the titular Mediterranean fishing village, the film chronicles the complex relationship of a young married couple, played by Philippe Noiret and Sylvia Monfort. A native of the area, the man tries to understand his Paris-born wife’s feelings of dissatisfaction and isolation. Anticipating the attitudes and style that would become prevalent in the New Wave, the film remains fresh and original.