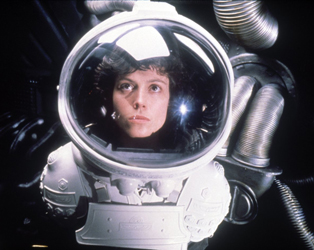 The increasing pervasiveness of digital projection has led to a correlative decrease in the number of cinemas still capable of showing film. There are few cinemas in Dublin that show the previous industry standard of 35mm with any regularity, of whom the IFI remains the format’s greatest champion. Over the coming months, there are plans to reaffirm our commitment to celluloid by incorporating more screenings from 16mm and by celebrating the fact that the IFI is the only cinema in Ireland capable of showing film on 70mm, beginning with this short season.

Never particularly commonly used by filmmakers, principally due to its cost, the technical merits of the format essentially boil down to an image of greater size and clarity, and sound quality which still rivals anything digital has to offer. Since installation of 70mm projectors in the IFI in 2001, a number of films have been shown: Vertigo; Baraka; 2001: A Space Odyssey; Die Hard; and The Thing, to name but a few, and we are always on the lookout for news of additional titles, as the pool of available prints, particularly those shot on 65mm rather than being 35mm blow-ups, grows smaller.

Over the coming months, there will be regular screenings of 70mm films, and for those of you who asked – we’re still working on obtaining a 70mm version of The Master.

When one refers to a 70mm film, one is discussing a cinema print in which each frame is 70mm wide, containing a 65mm wide visual image, with the remaining 5mm containing the soundtrack (four magnetic strips, holding up to 6 tracks of sound). Optimal results – in terms of resolution and picture quality – are achieved when material is shot on 65mm stock and then printed onto 70mm. However, due to the cost of shooting on this format, many 70mm prints are so-called ‘blow-ups’, which originated on 35mm stock.

Despite the remarkable audiovisual experience provided by 70mm films, which can still surpass the best of what digital cinema has to offer, there are a limited number of ‘true’ 70mm films, and indeed of ‘blow-ups’. Even within the prints available internationally, there are a finite number which remain in a condition that best shows off the format, and a smaller number again which will attract an audience (there are, for example, a number of surviving ill-conceived, long- and best-forgotten epics of the 1950s and ‘60s on the format).

However, as the only cinema in the country capable of showing films on 70mm, it is the IFI’s intention to hold regular screenings of the best of what is available, and we encourage anyone with an interest in film to experience it at least once for themselves.

The 70mm print of Ryan’s Daughter was sourced from the Swedish Film Institute, and consequently will screen with Swedish subtitles. No other 70mm prints were available for this screening.