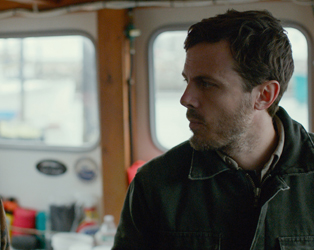 Manchester by the Sea is coming to the IFI from the 13th of January, and it’s bound to be one of the most memorable dramas of the year, fresh from a Golden Globe win for leading man Casey Affleck.

The film comes from writer/director Kenneth Lonergan, who first gained success as a playwright before moving into the film world with the screenplay for Analyse This and later Gangs of New York.  2000 saw his directorial debut with You Can Count on Me and in 2005 he shot Margaret, an emotional drama starring Anna Paquin which was locked up in legal issues over the final cut until 2011.

Now he’s back with Manchester by the Sea, a drama set in modern day Massachusetts about a janitor played by Affleck who is forced to reconnect with his past in the wake of a terrible tragedy.

It’s a deeply emotional film, partly the in the relationship between Affleck’s Lee Chandler and his nephew played by Lucas Hedges. Today we’ve got a clip which dives into the root of their conflict – whether young Patrick can stay in the town where he grew up.

Manchester by the Sea is out on the 13th of January 2017. Book tickets now.