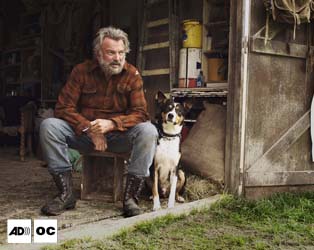 Golden Tomatoes Awards the best reviewed films of 2016 including Love & Friendship, The Witch and Wilderpeople

Rotten Tomatoes is an amazing resource full of reviews from around the world all certified fresh (or not!) and collated together to give an overview of opinions on film releases.

It’s a great way to get a snapshot of a film, and to read some top notch movie writing. As 2016 has come and gone, the site has published its list of the best-reviewed titles for the year in its 18th Annual Golden Tomato Awards.

Naturally, there are plenty of incredible films in this list, including the likes of Hunt for the Wilderpeople which was the best reviewed Limited Release of 2016. This comedy/drama comes from Taika Waititi (the director of What We Do in the Shadows) was an hilarious hit, featuring brilliant lead performances by Sam Neill and young Julian Dennison.

Also riding high was Ireland-shot Love & Friendship from writer/director Whit Stillman. His return after Damsels in Distress adapted a little known early novel from Jane Austen into one of the most hilarious films of the year, and a deserved winner of the Best Comedy Award. Kate Beckinsale has never been better.

Moonlight earned the Best Drama award and comes to the IFI in February and the truly atmospheric The Witch (which screened at Horrorthon 2015) was the Best Horror title.

And of course the spectacular and stirring La La Land (book tickets) was the Best Musical with a current Fresh Rating of 93% – and it’s playing right now at the IFI!

You can find a complete list of the winners below and online.