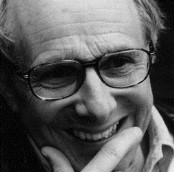 8 Reasons why Ireland would like to keep Ken Loach, if Ken Loach doesn’t mind

1. He made a superb new film about an Irishman we’d never heard of, but really should have.

Jimmy Gralton, always a bit of a hero to the Irish left, has now found a wider appreciation through Loach’s cracking new film Jimmy’s Hall that is on release at the IFI. See the trailer below…

2. He challenged British media to tell both sides of the conflict in Northern Ireland.

During his Public Interview at the IFI that was broadcast on RTÉ Radio 1 Arena programme, Loach recalled how ‘the British Establishment wouldn’t touch the Irish story and the funding for Hidden Agenda came from really private sources. The British were afraid to make a film in Ireland.’ Listen back to the public interview here

3.  We’ve already got scripts, stills, books, and loads of research papers on him in the IFI Irish Film Archive’s  Tiernan McBride Library, so why can’t we have him? 4.  He’s the perfect person to make Tony Cascarino a filmstar.

He certainly made a good job of Looking for Eric (June 18th, 18.15) when Eric Cantona approached him about making a movie so we don’t know why he couldn’t do something similar for former Irish (cough, cough) footballer, Poker player and celebrity bainisteoir Cascarino. 5. He already knows his way around the IFI Projection Booth 6. He’s been one of the most important filmmakers in giving a voice to the Irish diaspora in Britain.

In films like Ae Fond Kiss (Wed 11th, 18.30), a touching cross-cultural romance featuring Irish-born teacher at a Catholic school falling for second-generation Pakistani Muslim in Scotland as well as many others he’s recognised the unique character and challenges of the Irish in Britain.

Dr. Donal Ó Drisceoil from UCC worked as an historical adviser on both The Wind That Shakes the Barley and Jimmy’s Hall. He’s giving a FREE talk at the IFI on 11th June at 16.15 on Resistance, Rebellion and Jazz: Ken Loach’s Takes on Irish History

8. He made one of the best films about the Irish War of Independence and the Civil War.

Cillian Murphy’s throat acting in The Wind that Shakes the Barley sums up the period in Irish history.

The IFI’s Ken Loach Retrospecitve continues until the 24th June.