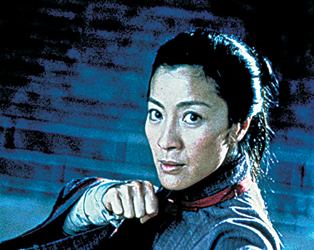 With this season, the IFI celebrates 20 years of operation on Eustace Street. The Institute itself has been in existence since 1943, enjoying as many name changes as homes. Cinema exhibition activity began at the Irish Film Theatre at Earlsfort Terrace and continued in the original Lighthouse Cinema in Abbey Street before arriving at our current location in Temple Bar.

Since then, IFI Cinemas have averaged over3,000 screenings of nearly 300 different films every year, and in that time there have been only two Cinemas Managers – Mick Hannigan, now of the Cork Film Festival, and, since1994, Pete Walsh.

Rather than adopting any one strict criterion, this season consists of films we consider landmarks over the last 20 years, whether for their commercial or artistic success, their place as ‘firsts’, reminders of significant guests and seasons, and films by directors we feel embody the best of what IFI Cinemas try to represent. Choosing a mere 20 to illustrate the scale and ambition of programming in the last two decades has been difficult (to say the least – the initial long-list had 160 possibilities), but hopefully this is a satisfying snapshot of the last 20 years, and perhaps it will give audience members the opportunity to see a particular favourite on the big screen once again, our way of thanking you for your support. (Introduction by Kevin Coyne.)

This season is showing as part of IFI20: Celebrating 20 Years in Temple Bar (throughout September).