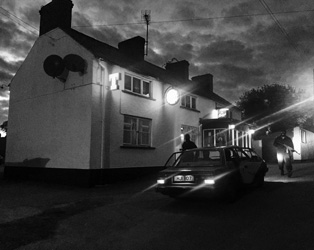 This film was released on Friday 10th November 2017 and is no longer screening.

The 18.10 screening on Friday November 10th was followed by a Q&A with producer Trevor Birney.

One of cinema’s most prolific and impactful documentary directors, Alex Gibney, is best known for tackling big stories of international significance: Enron, Scientology, clerical sex abuse, and Al Qaeda. Here, he narrows his focus to explore the 1994 Loughinisland Massacre in which six Catholic men were shot in a bar as they watched Ireland play in the World Cup. Although it was established that the killing had been carried out by the UVF and there seemed to be sufficient evidence to bring the perpetrators promptly to justice, the investigation soon petered out as leads went unfollowed, files were lost, and evidence destroyed. With signature relentlessness, Gibney doggedly pursues the story of an alleged cover-up and collusion at the highest level of British police and governmental authority. His investigation should serve to bring this quest for truth and justice closer to a conclusion.