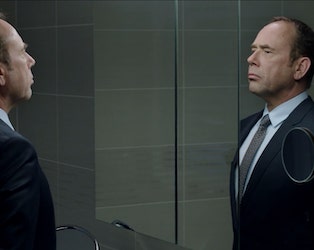 Frank (Olivier Gourmet) is consumed with his work chartering cargo ships for major international companies – night and day, he’s on his phone, putting out fires. Faced with a crisis situation, Frank makes a brutal decision, and is subsequently fired. Feeling shaken to his core, and betrayed by a system to which he has given everything, Frank is forced to reassess his life and values in order to save the only relationship that still counts in his eyes, the one he has maintained with his youngest daughter, Mathilde.