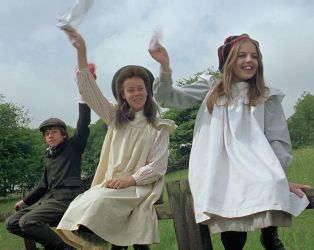 IFI Family presents this special reissue of the classic film adaptation of E. Nesbitt’s book, in advance of the highly anticipated summer sequel The Railway Children Return. Jenny Agutter stars as big sister Bobbie, endeavouring to keep an eye on her siblings in their adopted village home in Yorkshire where they move following their father’s disappearance in 1905. The countryside becomes their playground of fields, adventures and trains, which roar past their home daily, filled with promise of unknown places and bringing about a huge act of bravery. Filled with memorable scenes, undoubtedly sentimental, this classic film is unashamed in its gentle portrait of a bygone innocence.