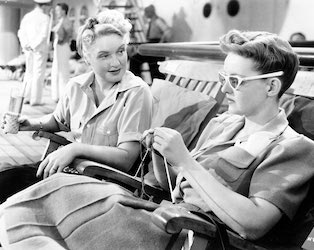 During Hollywood’s golden age, there developed the genre of the ‘women’s picture’, films centred on and aimed at women. Their work in these films made stars – and sworn enemies – of Bette Davis and Joan Crawford, although the former almost certainly had the richer career. Here, she plays Charlotte (Davis), a woman worn down after a lifetime of isolation at the mercy of her bitter and abusive mother. Under the care of a sympathetic psychiatrist (Claude Rains), she is wrested free from her mother’s clutches and sent on a cruise around the world, during which she meets Jerry (Paul Henreid). Although he is married, he falls in love with the blossoming Charlotte, and she with him. However, difficult choices must be made when the cruise comes to an end in this extremely moving story of a woman coming to assert her independence.