Celebrating the legacy of a prodigiously talented Irish singer-songwriter, Heyday charts Mic Christopher’s musical journey from Grafton Street busker to The Mary Janes and rock stardom to the near-fatal accident that radically changed his world view and ignited a drive to create a brighter, more uplifting body of work before his untimely death in 2001. His story is told through a wealth of personal archive and through recollections of family and friends – Sharon Horgan, Bronagh Gallagher, Josh Ritter, Lisa Hannigan, Rónán Ó Snodaigh, Colm Mac Con Iomaire, Paddy Casey and Glen Hansard – who speak eloquently of his charisma and enormous contribution to Irish music in the 1990s.

Winner of Audience Award for Best Feature Film at the IFI Documentary Festival 2019.

This screening, marking the twentieth anniversary of Mic Christopher’s death, will be introduced by Alan Leonard. 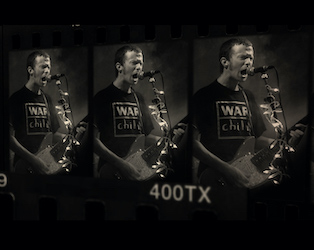