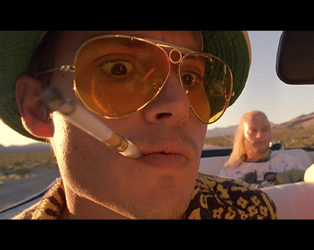 The IFI is on to the second of three months of seasons dedicated to excess, presenting examples of how cinema has taken on sex, drugs and rock`n’roll. The films in February deal with the highs and lows of drugs.

On accepting her Golden Globe award for her performance in Woody Allen’s Blue Jasmine recently, Cate Blanchett chose to thank her agent for “plying me with vodka in the same way that Judy Garland was probably plied with barbiturates”. Given that Garland died from an overdose of barbiturates, it was an uneasy gag to make, but then Hollywood’s relationship with drugs has often been uneasy. It wasn’t even a subject that was thought suitable to be addressed in film until Otto Preminger’s The Man With the Golden Arm made the Motion Picture Association of America reconsider their production code, which was changed to allow movies that addressed drugs, along with kidnapping, abortion and prostitution to be given their seal for release. This at a time when the studio system was in place, which indulged stars with whatever they wanted and covered up drug busts. Have things changed so much? Film stars remain protected while the celebrity press fulfil the role of old style scandal sheets, and Hollywood films referencing drugs are most likely to be earnest crime dramas or dumb stoner comedies.

This season is made up of films mostly from outside of Hollywood, from pioneers of American independent cinema, from world filmmakers with social concerns who sought to show the effect drug scenes were having on the youth in their countries, and from British mavericks. There’s a stoner comedy and crime drama here too, two classics of their respective genres. We present them so that they might stimulate and excite, challenge perceptions and alter minds. A bad experience at the multiplex can be depressing, deadening, perplexing, a real downer. Let the IFI be your pusher in February. We got the good stuff right here.

Introduction by Michael Hayden. Notes on individual films as credited.