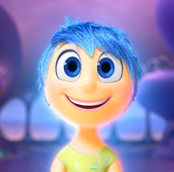 August 3rd, 2017: The Irish Film Institute (IFI) kicks off its annual festival season on August 25th with the IFI Family Festival, alongside a number of other events throughout August including a season of films from the Weimar Republic, plus a selection of wonderful new releases and regular monthly strands.

This year’s IFI Family Festival takes place from August 25th to 27th, right at the end of the school holidays, offering one last weekend of family fun before the new term starts! The festival will include its usual mix of Irish premieres, beautiful short films, and fun and engaging workshops. Laureate na nÓg, PJ Lynch, will open the festival with a special Big Picture illustration event, followed by a screening of the critically-acclaimed Japanese animation, Rudolf the Black Cat.

Dark Corners: Cinema from the Weimar Republic runs from August 5th to August 30th, presenting a season of twelve films from one of the most innovative periods in the development of cinema. Featuring the work of masters such as Fritz Lang, Ernst Lubitsch, and F.W Murnau, the season will include screenings of two films with live musical accompaniment in-screen. The IFI is also delighted to welcome Dr Piotr Sadowski from the Dublin Business School, and Stefan Drößler, Director of the Munich Film Museum, to introduce screenings throughout the month.

In August, the IFI is proud to present a Director in Focus strand focusing on the work of Aisling Walsh. Maudie, her latest masterpiece is released at the IFI this Friday, August 4th. Walsh will attend the IFI for an in-depth exploration of her career with producer Tristan Orpen Lynch on August 15th, and again on August 16th to present a screening of her 2003 film Song for a Raggy Boy as part of the IFI’s popular From the Vaults strand.

Novelist Laura Albert (aka JT LeRoy) will attend a special screening of Author: The JT LeRoy Story on Thursday, August 24th at 20.00. LeRoy burst onto the literary scene in the mid 1990s, a bracingly honest new voice whose lurid tales of street hustlers and child abuse were drawn from his own experiences but, as his fame grew, so too did his bizarre public persona, leading sources to do some digging – what they found led to one of the greatest literary scandals of recent times.

On Tuesday, August 29th, director Dónal Ó Céilleachair will visit the IFI for a Q&A following the screening of his transportive documentary Ó Dhúthaigh Mhúscraí (From the Land of Múscraí). With a soundscape that interweaves locally-inspired poetry and music, the film shows how this magical area of Ireland has the power to nourish and enchant.

This month’s Bigger Picture strand is Pete Docter’s Inside Out on Wednesday, August 9th at 18.30 – the screening will be introduced by Trish Long, Vice President and General Manager at Walt Disney Studios Ireland. Winner of the Oscar for Best Animated Feature of 2015, Inside Out is funny, charming and full of surprises. It argues for the necessity of sadness while illuminating the screen with bright colours. Younger audiences will have a blast, while the bigger kids in the audience will shed a tear.

On Sunday, August 13th, audiences are invited to take a leap of faith and expect the unexpected at this month’s Mystery Matinee screening where tickets cost just €5. Sometimes it will be a preview, sometimes it will be a title one might not expect to see at the IFI – one thing is certain, no one will know what the film will be until the titles roll! Previous titles in the strand have included David Lowery’s A Ghost Story and John Huston’s Beat the Devil.

This month’s Feast Your Eyes takes place on Wednesday, August 23rd, with a screening of Stanley Tucci’s Final Portrait, followed by a specially devised main course in the IFI Café Bar. Tucci’s film is a lively portrait of the Swiss sculptor and painter Alberto Giacometti, played by Geoffrey Rush, who asks his friend (Armie Hammer) to sit for a portrait in his crumbling Parisian studio. An immersive film experience, the viewer feels transported to Giacometti’s dilapidated studio. The film goes on release at the IFI on August 18th.

Wild Strawberries is a film club for the over 55s with two screenings each month, and where tickets cost just €4.25. This month’s film is the breezy crime comedy Going in Style. Morgan Freeman, Alan Arkin and Michael Caine star as retirees who, in need of extra cash and a bit of excitement, risk it all by embarking on a daring adventure to rob a bank. This month’s screenings take place on Friday, August 25th and Wednesday, August 30th, both starting at 11.00.

Not forgetting that our daily screenings of Dunkirk on 70mm continue, with Christopher Nolan’s latest epic garnering praise from critics and audiences alike!