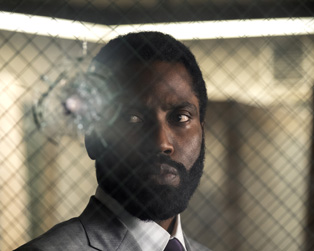 REVIEW ROUNDUP: TENET, AWAY, AND THEN WE DANCED AND A WHITE WHITE DAY

This week’s new releases at the Irish Film Institute are Tenet on Wednesday August 26th 2020 and Away, And Then We Danced and A White White Day on Friday August 28th.

“Go with it, and Christopher Nolan’s high-concept action romp will leave you ripping off your face mask for air, even as you wonder what it was all about.”
5/5 – The Guardian

“A dizzying and explosive adventure to rank alongside Nolan’s Inception for its ability to confound the audience, the writer and director even feels compelled to warn us early on not to try and figure out what’s happening – but just to lose ourselves in the thrill of the chase.”
5/5 – Mirror

“It’s a challenging, ambitious and genuinely original film packed with compelling performances – Washington and Debicki are especially excellent – which confirms Nolan as the master of the cerebral blockbuster.”
5/5 – NME

“Somewhere between Hayao Miyazaki and Terrence Malick lies Away, a gorgeously made minimalist cartoon that’s long on beauty and breathtaking scenery, if somewhat short on traditional narrative.”
Hollywood Reporter

““Away” is the polar opposite of the brightly colored musical fantasies of the Hollywood animation studios. Viewers weary of the detailed look and upbeat tone of many big-budget American films may enjoy contemplating Zilbalodis’ highly personal, austere vision.”
LA Times

AND THEN WE DANCED

“Levan Akin’s And Then We Danced is giddy with the pleasures of first love – how it pulsates through the body and mind.”
5/5 – Independent

“Led by an outstanding performance from Levan Gelbakhiani, And Then We Danced defeats prejudice with overwhelming compassion.”
93% – Rotten Tomatoes

“Levan Akin’s terrific romance about two male dancers in Tbilisi is electrifying in its physicality and fervent in its storytelling.”
4/5 – The Guardian

“The momentum really builds in the third act, but the film’s quieter moments of contemplation are its most striking.”
4/5 – The Guardian

“Crucial to what makes “A White, White Day” such a terrifying, soul-rattling character study is the way Palmason subverts and reinvents so much of [what] might sound generic about [Ingimundur’s] transformation.”
Variety

“Palmason displays an admirable urge to go deep with his main character and the pain he’s experiencing.”
Hollywood Reporter