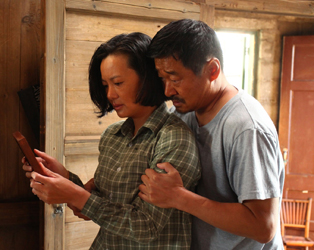 REVIEW ROUNDUP: ORDINARY LOVE, THE CAVE AND SO LONG, MY SON

Three new releases open at the Irish Film Institute on Friday December 6th 2019: Ordinary Love, The Cave and So Long, My Son.

ORDINARY LOVE
“Ordinary Love is a love story that is extraordinary.”
4/5 – Irish Times

“This sombre gem of a domestic drama bucks that trend to give us a couple we can identify with, a middle-aged pair who endure life’s slings and arrows with good-humoured stoicism”
4/5 – Irish Independent

“Very little happens on the surface of Owen McCafferty’s script, as everything life or death is taking place inside Manville.”
Variety

“An achingly intimate portrait of a marriage weathering a storm, the third feature from directing team Lisa Barros D’Sa and Glenn Leyburn (Good Vibrations) is anything but ordinary.”
Screen International

THE CAVE
“To say The Cave would break anyone’s heart feels flimsy. Like Ballour, it has a purpose: to focus the world’s attention on the suffering of Syrian people.”
4/5 – Guardian

“A blistering documentary about death defiance in a war zone.”
4/5 – Financial Times

“The work is relentless, their bravery inspirational and the scale of inhumanity never less than breathtaking.”
Screen International

“This extraordinary film allows viewers to bear witness to courage and dedication in their finest forms – and it offers a grim reminder that justice, mercy and healing have been driven underground for centuries.”
4/4 – Washington Post

“There have been many recent documentaries capturing the harrowing destruction of the Syrian civil war, but none that descend to the literal depths of The Cave.”
indieWire

“It’s a dizzying, disquieting film that overflows with… extreme examples of desperation and a defiantly countering sense of hope.”
Variety

SO LONG, MY SON
“Several of the plot twists might sit easy in a racy soap opera, but that powers the grandly-scaled film along. Wang Jingchun and Yong Mei are phenomenal as they soldier on against tragic circumstances.”
4/5 – Irish Times

“With a historical sweep, and the complexity of a great novel, Wang Xaioshuai’s compelling drama charts the bitter rollercoaster experienced by the generation that came of age during China’s cultural revolution.”
5/5 – Irish Independent

“So Long, My Son is a piercingly, profoundly moving picture that peels and exposes the senses.”
5/5 – Guardian

“A formidable and, for the most part, involving work of novelistic scope.”
Screen International

“The film finds, then repeatedly breaks, your heart, before a subtly momentous finale…”
Variety

“The story is an intimate one, yet it embraces a large cast of characters who reflect the immense changes that have swept China over the last fifty years.”
Hollywood Reporter