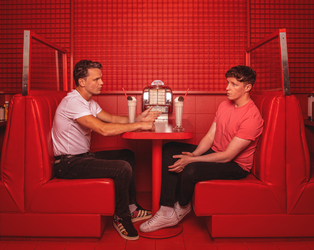 REVIEW ROUND-UP: HOW TO TELL A SECRET, NORTH CIRCULAR & TORI AND LOKITA

This week’s new titles at the Irish Film Institute from Friday, 2nd December 2022 include How to Tell a Secret, North Circular and Tori and Lokita. Read on for a selection of reviews or pop in to make up your own mind!

HOW TO TELL A SECRET

“More than forty years after the start of the AIDS/HIV epidemic, How to Tell a Secret is a dutiful expression of living beyond a diagnosis.” – Film Ireland

“How To Tell A Secret is an education then, and calls out societal prejudice and ignorance about HIV, which unnecessarily oppresses those who have it.” 4/5 – The Independent

“How to Tell a Secret is an important enquiry of us all and what part we and our culture have played in that.” 4/5 – Scannain

“It leans into the idea of secrets as a virus which travels from body to body, and is at its strongest when the rhythms of theatre make intimate and empathetic the realities of Irish culture.” – Totally Dublin

“One for the road. North Circular is a special Dublin film.” 4/5 – RTÉ

“The director offers a fascinating psychogeography of a thoroughfare and beyond.” – The Irish Times

“Simmering with fury, this is social realism at its most damning.” 4/5 – Empire