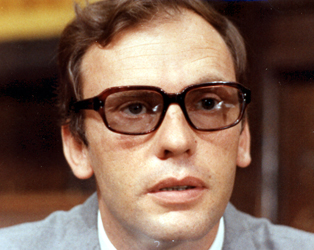 Inspired by the killing of Greek politician Grigoris Lambrakis in 1963, Costa-Gavras’s exhilarating, brilliantly directed third feature focuses on the aftermath of a similar assassination of a politician leading the opposition
to a right-wing government.

Operating both as a gripping thriller and a political expose, Z won the Academy Award for Best Foreign Language Film in 1970. The film’s crusading nature is immediately evident from the on-screen statement at the beginning: ‘Any similarity to actual events or persons living or dead is not coincidental. It is intentional.’