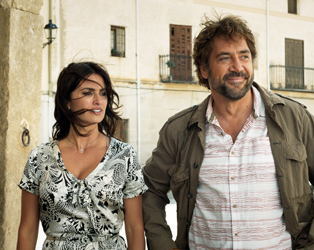 Four new films open at the Irish Film Institute on the 8th of March 2019: Border, The Kindergarten Teacher, Everybody Knows and Maiden.

BORDER
“Melander’s ability to open up Tina’s sad interior somehow makes an everyman of this most peculiar of outsiders.”
5/5 – Irish Times

“The strangeness in this film writhes like bacteria.”
4/5 – Guardian

“Writer-director Ali Abbasi has crafted something eerie and rather wonderful with this pungent allegory of outsiderdom.”
5/5 – Time Out

“Border succeeds as gripping drama, mostly on the strength of its two lead performances, both doing sterling work under heavy silicon masks that required four hours of make-up to apply.”
Hollywood Reporter

“Maggie Gyllenhaal is just gripping in this, showing us a woman moving through imperceptibly subtle stages from passionate idealism to midlife breakdown and then to something darker still”
4/5 – Guardian

“While Gyllenhaal’s work should be enough to satisfy anyone wondering why this movie needed to be made twice, Colangelo makes fine use of the story’s new American context.”
indieWire

“Rippling with psychological complexity and sneaky humor, this is a rich character study that takes constantly surprising turns, which should appeal to audiences hungry for idiosyncratic adult drama.”
Hollywood Reporter

EVERYBODY KNOWS
“Everybody Knows feels like Farhadi Lite: a crowd-pleasing entertainment that gets only a few layers beneath the skin. Engrossing for all that.”
3/5 – Irish Times

“Everybody Knows is a superbly acted, twisted tale of deception, loyalty and the ties that bind, but a bloated run-time detracts from the drama.”
4/5 – RTÉ

“The performances themselves are so intelligent, mature and yet uninhibited. Farhadi’s storytelling has overpowering force.”
4/5 – Guardian

“Cruz may have the showier role, but the men – Bardem and Darín both – wind up baring their souls in astonishing ways.”
Variety

“The movie is not to be skipped. You should sample its mixture of bacchanal and gall, and revel in Farhadi’s dependable deftness, as he sketches and frames his collection of characters.”
New Yorker

“Few filmmakers have ever been as gifted at affirming the degree to which we are more alike than we may ever have thought possible.”
Rogerebert.com

MAIDEN
“Knowing the outcome of the race does nothing to diminish the closing, punch-the-air scenes. In common with its subject matter, this is a real crowd-pleaser with a strong finish.”
4/5 – Irish Times

“Holmes’ documentary has more than enough human interest to grip viewers with no prior interest in sailing.”
Variety

“While Maiden is satisfying on its own, it’s tailor-made for a remake that can dive deeper into a story that has so much life left in it.”
indieWire

“An incredible story, and Holmes keeps a sharp eye on its cultural commentary to make it a part of a contemporary conversation.”
Rogerebert.com