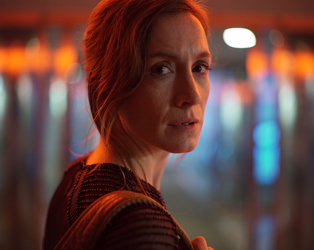 Two new films release at the IFI on Friday the 6th of September: Aniara and Rojo.

ANIARA
“A cold, cruel, piercingly humane sci-fi parable that’s both bang on the zeitgeist and yet also unnervingly original.”
4/5 – Guardian

“It’s a grim vision, sure. But it’s a compelling one too, using the flash of a space opera to remind viewers that – whether on the ground or in the stars – we’re stuck with each other.”
LA Times

“A haunting allegorical tale, Aniara warns of humanity hurtling in the wrong direction and realising too late that there is no turning back.”
4/5 – Observer

“The spaceship is an existential trap like in a J.G. Ballard novel, and the ending might not be entirely satisfying, but it’s not a cheat.”
Toronto Star

“Aniara is a compelling study of human nature, which never shies away from condemning the ways in which mankind has scuppered its own continued existence, and will continue to do so even when it does consider a move into the stars.”
Flickering Myth

“A sophisticatedly entertaining reminder of our propensity for malevolent apathy.”
LA Times

“It’s a brutal trip, though Naishtat smartly balances the heaviness with moments of levity and absurd comedy.”
New York Times

“Its accessibility… could turn this into Naishtat’s most widely seen work to date and help consolidate his reputation as an exciting new voice in Argentinean cinema.”
Hollywood Reporter

“It’s all about a society manoeuvring to stay at the dinner table while getting its unsavoury elements thrown out, and finding ways to stop them ever coming back.”
4/5 – Daily Telegraph

“Naishtat’s subtle, twisting, state-of-the-nation drama works effectively as a noir-like thriller, and as an exploration of a country that has lost its moral compass.”
Screen International