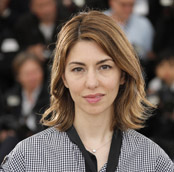 Female Directors at the IFI this June

This month sees the release of a landmark programme at the IFI, where half of the films on June’s slate have been directed by women. Films such as Irish documentary Revolutions, Thai drama By the Time it Gets Dark, and German-Australian thriller Berlin Syndrome all hit the big screen, as the IFI continues its commitment to supporting and celebrating women in film. It seems especially appropriate as, this past weekend, Sofia Coppola became only the second woman in the Cannes Film Festival’s 70-year history to win the Best Director prize for her work on The Beguiled, which opens at the IFI this July.