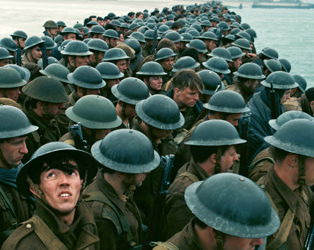 Win Tickets to the Dublin 70mm Premiere of Dunkirk at the IFI!

THIS COMPETITION HAS NOW CLOSED. THE WINNERS ARE:

From acclaimed director Christopher Nolan (Interstellar, Inception, The Dark Knight Trilogy) comes the epic action thriller Dunkirk. To celebrate the release of the most anticipated film this summer, Warner. Bros Pictures and The Irish Film Institute want to send you to see the film ahead of its release on July 21st at The IFI on the 19th of July at 6.30pm.

Nolan directed Dunkirk from his own original screenplay, utilizing a mixture of IMAX® and 65mm film to bring the story to the screen.

Dunkirk was filmed on location in France, Holland, the UK and Los Angeles.

Before taking on the role of Shivering Soldier in Dunkirk, this actor starred in films such as Batman Begins and Inception, and he also stars in the popular television series Peaky Blinders. Name this actor.

DUNKIRK, Cert 12a  will be released in Irish cinemas on July 21st

Terms and conditions apply. The winner will be notified by email.