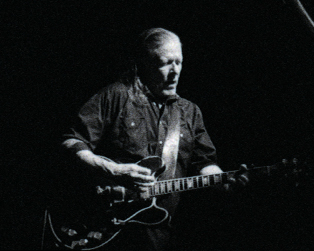 Marco Porsia’s intimate and searingly honest documentary recounts the history and many iterations of Swans, the New York band founded by Michael Gira. Coming to prominence as part of New York’s no wave scene in the early 1980s, Swans’s early reputation was fearsome, due to the punishing volume of their live shows and Gira’s nihilistic, misanthropic lyrics. With the arrival of keyboardist Jarboe, the band began to move towards a more melodic style, a development that attracted the attention of a major label for 1989 album The Burning World. Following its critical and commercial failure, Gira moved in a more experimental direction before disbanding Swans in 1997. Their unexpected reformation in 2010 led to a series of releases and tours that saw Gira receive the greatest acclaim and audiences of his career before recently announcing yet another shift in direction.