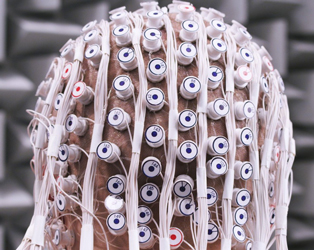 As part of the IFI Lithuanian Film Focus, the IFI is delighted to be showing Vanishing Waves, the winner of best film at JDIFF this year, and we are delighted that director Kristina Buožytė will attend the screening and take part in a Q&A afterwards.

Vanishing Waves is a sci-fi romance which draws on ideas and images reminiscent of Tarkovsky, Almodóvar and Michel Gondry. Kristina Buožytė’s sophomore feature is an intense, erotically charged twist on the star-crossed lovers fable, which shows the experiences of medical researcher Lukas (Marius Jampolskis), who volunteers to take part in an experiment that aims to communicate with a young woman in a coma. The story convincingly generates a parallel reality which quickly begins to supersede Lukas’ own life.

To celebrate our screening of Vanishing Waves at the IFI Lithuanian Film Focus, we have two pairs of tickets to give away to the film. Simply answer the question below before midday, this Thursday December 5th 2013.

Q. Name one of the other films being shown as part of the IFI Lithuanian Film Focus?

Need a hint? Check out our full programme for the IFI Lithuanian Film Focus.

Competition closes at midday on Thursday, December 5th 2013. The winners will be contacted by email shortly after. (See IFI Terms and Conditions regarding prizes and competitions.)