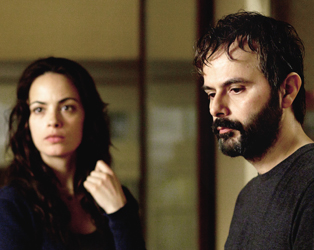 WIN A DVD BUNDLE & POSTER FOR ‘THE PAST’

Making a film outside of Iran for the first time, Asghar Farhadi delivers a work as emotionally involving as the celebrated films he made in his home country. In The Past, after four years away, Ahmed returns to Paris from his home in Iran to finalise a divorce from his French wife Marie. He is troubled to find her living with a new love and in conflict with her daughter. As Ahmed tries to address the family’s issues, his noble intentions are undermined by secrets from the past.

The Past opens at the IFI on Friday, March 28th.

To celebrate the release of Asghar Farhadi’s first film made outside of Iran, we have a DVD bundle (Separation and Goodbye First Love) and an official poster for the film to give away. To win, just answer the question below before midday on Monday, March 31st.

Q. Which of the following films did Asghar Farhadi direct?

Competition closes at midday on Monday, March 31st 2014 and the winner will be contacted shortly after. (See IFI Terms and Conditions regarding prizes and competitions.)