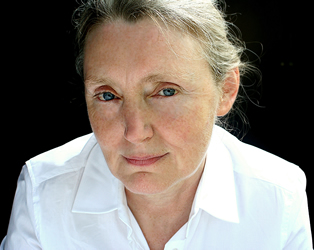 Pat Murphy will discuss her career in film with IFI Curator Sunniva O’Flynn in a session at 16.00 on July 22nd which will include screenings of some of her short works. This event is FREE but ticketed, please book your seat when visiting or by calling the IFI Box Office on 01 679 3477.

Born in Dublin, Pat Murphy gained a BA in Fine Art from Hornsey College of Art and Design. She followed this with an MA in Film and Television from the Royal College of Art, London, where she studied under feminist academic and practitioner, Laura Mulvey. There, she created a series of artworks culminating in a film, Rituals of Memory, which reflected her own involvement with the radical ideas that were firing intellectuals and artists alike during that period. Maeve, her first feature, came out of this same moment. This was followed by two historical films, Anne Devlin and Nora, each exploring different aspects of women’s place in history. Her shorter works include a profile of humanitarian Sean MacBride; the experimental short What Miro Saw (2002); a documentary made as installation for the Strokestown Famine Museum and an installation, The Muybridge Solo, for Vehicule Art Inc. Montreal. In 2003 she made a documentary about disability, This is Us We’re Talking About…She has curated a number of important film programmes in Ireland, collaborating with the IFI, IMMA and others. She is currently working as an Associate Arts Professor in the Graduate Film Program at NYU Tisch Asia and has a number of film projects in development. (Introduction and notes on individual films by Ruth Barton.)