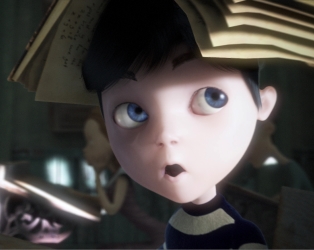 The Sparrow Who Kept His Word, Green Crayons, The Boy in The Bubble

Green Crayons is about two boys who are looking for books and then one guy spits on the other guy’s hair. They start a fight. The teacher thinks it was just the blonde guy. She takes him to the Principal’s office.  He has to colour in the third square. After you colour the third square Principal has to call your parents.  This is a live action film. This film is a bit strange, but I really liked it.

The Boy in The Bubble

This is my favourite out of all of the short films. The Boy in The Bubble is about a boy who has a crush on a girl. They date for a while and one day there’s a new boy in the class and the girl falls in love with him. The boy’s heart is broken, he can’t do anything to fix it. He casts a spell and suddenly he’s in a bubble.

This is an animated film in 3D. I thought the 3D was really good. I liked it at the end when the credits were far back and near at the same time.  This is a happy film but a little bit sad at times. I’d give it 4 out of 5.