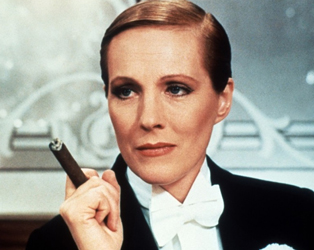 This hilarious and over-the-top classic stars Julie Andrews as the down on her luck, Paris-based singer who, spurred on by her chancer of a fellow singer/agent, Toddy, decides to try her luck at posing as a man and, in turn, posing as a female impersonator.  Into the mix comes Chicago nightclub owner King Marchand, played by James Garner, who falls in love with her, much to the anger of his girlfriend. Complications and fisticuffs ensue, all to Henry Mancini’s Oscar-winning score.