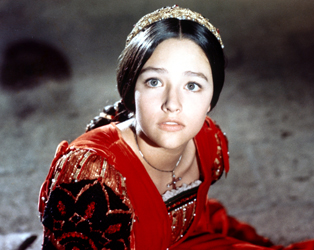 That is not the question. In 2016, as global commemorations mark the 400th anniversary of the death of the actor, poet and playwright, the erstwhile chronicler of heroes, villains, lovers, citizens and statesmen, of seven ages of men and women, we need not ask whether Shakespeare lives, but rather how this ‘upstart crow’ just keeps on living.

In cinema, Shakespeare has provided plots for countless interpretations; from the pioneers who sought recognisable stories for a public sceptical of the medium, to filmmakers who loosely borrow for new tales of star-crossed lovers or brave Macbethtypes. It was in fact Olivier’s 1944 take on Henry V that afforded Shakespeare the first truly cinematic gaze. Other filmmakers followed suit; Zeffirelli cast real teens as young lovers of Verona. Polanski brought his own bloodied past to a ruthless Macbeth.

Kenneth Branagh signalled his devotion with his blood-and-mud-soaked, battle-calling Henry V. Gus Van Sant’s Portland hustlers play Henry IV in My Own Private Idaho. Throughout the history of cinema, the play remains the thing – a rich source, but ripe for cinematic picking.=

At the IFI in June we mark the anniversary with a special Shakespeare programme in partnership with British Council. Through our selected screenings, including Branagh’s four-hour Hamlet, an open-air Much Ado About Nothing, The Lion King singalong and a panel discussion, we invite you to ‘live a little, comfort a little, cheer thyself a little’ that, in 2016, Shakespeare lives.