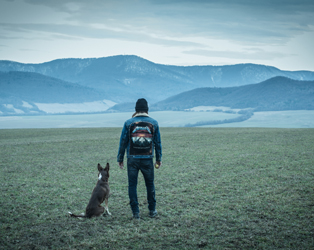 A heavy metal-loving misfit becomes Poland’s first recipient of a face transplant in Małgorzata Szumowska’s (In The Name Of, 2013; Body/Ciało, 2015) Mug, a wry commentary that exposes the roots of prejudice and hypocrisy in the country’s regional communities.

Jacek (Mateusz Kościukiewicz) works on a building site close to the Polish-German border where the world’s largest statue of Jesus is being constructed. When a freak accident leaves him terribly disfigured, he undergoes a complete facial transplant, rendering him unrecognisable to both himself and others. Upon recovery Jacek is rejected by his mother and shunned by his girlfriend Dagmara, yet finds himself at the centre of an escalating media frenzy.

Playful yet pointed, Mug was a worthy winner of the Silver Bear, the Grand Jury Prize at this year’s Berlin Film Festival.