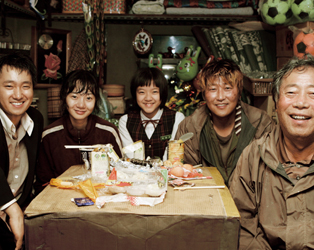 The screening will be introduced by Dr. Kevin Cawley, Director of the Irish Institute of Korean Studies at University College Cork (UCC).

Bong Joon Ho’s (Parasite) third film, an imaginative monster blockbuster, centres on a family doing everything in its power to save their daughter, Hyun-Seo, who has been swept away by an amphibious creature who has emerged from Seoul’s Han River. This is a witty, suspenseful family drama, screening here in 35mm, mixing stunning visual effects with satirical and slapstick humour, while tackling dark personal and political issues.

The Host took inspiration from a real incident from 2000, in which an American at the US military base in Seoul ordered Korean employees to dump embalming waste down a drain.