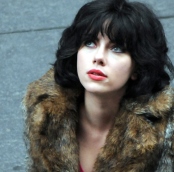 It’s another Five Star Friday at the IFI with a flurry of great reviews for Jonathan Glazer’s Under The Skin, opening today at the IFI. To celebrate, we’re offering a glass of Prosecco for just €5 all day today!

Under The Skin, Jonathan Glazer’s sci-fi movie, stars Scarlett Johansson as a predatory alien who lures wayward men on the streets of Glasgow for what they think is sex.

“It is a strangely beautiful piece of work” ★★★★★ Alan Corr, RTÉ Ten

“If Stanley Kubrick was alive today this is the type of film he would be making”  ★★★★★ Spooool.ie