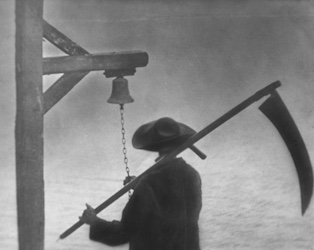 The films of Danish director C.T. Dreyer often concerned themselves with weighty matters of faith, as in The Passion Of Joan Of Arc (1928) or Day Of Wrath (1943). As a result, it may seem unusual that he dabbled with horror in Vampyr, his first sound film. However, films such as fellow Dane Benjamin Christensen’s Häxan (1922), Victor Sjöström’s The Haunted Carriage (1921), and F.W. Murnau’s Nosferatu (1922), which also screens at the IFI this month, gave the emergent genre credibility and popularity, and offered the possibility of development of the medium. Dreyer’s film sees a wandering student of the occult realise that an ill young woman is in fact on the cusp of becoming a vampire. Filled with potent, eerie imagery, Vampyr overlays its narrative with a disorienting eroticism that helped create the template for so many vampire films since.