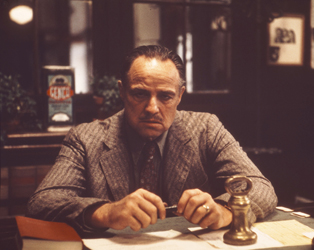 Released in a new 4K digital restoration, Francis Ford Coppola’s mob classic is simply one of cinema’s finest achievements, with the story of the reluctant ascent of Michael Corleone (Al Pacino) to patriarch of his family’s crime syndicate offering limitless pleasures.

Beginning on the wedding day of the only daughter of Don Vito Corleone (Marlon Brando), Coppola displays impressive sleight of hand in presenting the family business as just that – a business, with no evidence of civilian victims of the form of capitalism being practised. Keeping the perspective on this world firmly within the family allows the viewer to care for the characters, and to empathise with what seem like rational and justifiable decisions to murder, betray, and destroy.

Filled with memorable set pieces and quotable dialogue, any opportunity to see it on the big screen is not to be missed.