Cinema archivist David Williams (Rupert Evans) lives with his wife, Alice (Hannah Hoekstra), and their five-year-old son, Billy (Calum Heath). All seems well until David begins to suspect that Alice is cheating on him. His anxiety is compounded by a bizarre coincidence at work: cataloguing a film reel from 1902, he learns that his home was the site of a series of brutal murders by a man named William Jackson, who killed his wife and drowned both of their children in the nearby canal. As David’s suspicions grow, he becomes convinced that a supernatural presence inhabits his house and never wants him or his family to leave. 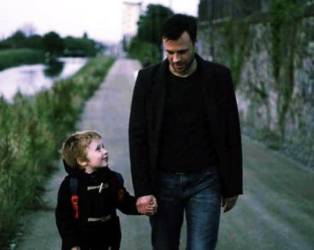