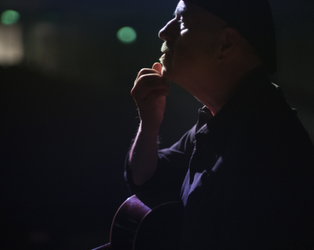 This intimate portrait, made for TG4 by Aniar TV, tells the story of Dennis Cahill (1954 – 2022), the master guitarist from Chicago, from his work with legendary fiddler Martin Hayes, to his role in the ground-breaking supergroup The Gloaming. Described by Hayes as ‘the first minimalist in traditional Irish music’, the film examines the innovations which helped shape the course of Irish music. Interviews with musical friends reveal a shy and considered man away from the stage – a man with a sharp wit, a deep understanding of music, and a special love for photography. With contributions from, among others, Liz Carroll, Iarla Ó Lionáird, Caoimhín Ó Raghallaigh, Steve Cooney and Martin Hayes.