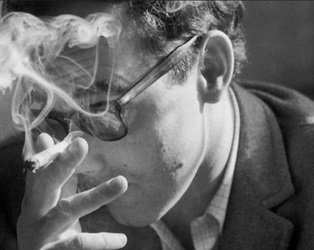 With À bout de souffle (1960), Godard came to embody the ‘auteur’ figure more than any other director. Truffaut wondered, ‘Will Godard be more popular than the Pope… just a little less than The Beatles?’ Through interviews with critics, collaborators and actors, we try to grasp the essence of JLG. Across four chapters, we cover the ‘auteur’ period of the ‘60s; his ‘political films politically’ of the 70s, the Dziga Vertov group and creation of Sonimage; the 80s ‘pivotal’ period with international recognition and reintegration of classical production systems; and Histoire(s) du cinéma (1988–1998): fragments from 495 films, 148 books, newsreels, photographs, paintings in eight episodes… one of the major works of the century.