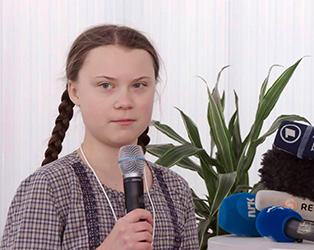 To pre-order The Forum, click here. The film will be available to view on IFI@Home from Thursday, September 24th at 18.00.

In times of rampant populism and growing mistrust of the elite, director Marcus Vetter accompanies Klaus Schwab, the 81-year-old founder of the controversial World Economic Forum, as he works to achieve his goal of improving the state of the world. Since 1971, Schwab has brought together leaders from international business, politics and civil society in the small Swiss mountain village of Davos, firmly convinced that the world’s problems can only be solved through dialogue. The film follows Schwab over the course of two tumultuous years marked by climate crisis, Brexit, yellow vest protests in France, the burning of the Amazon rainforest and election of Jair Bolsonaro in Brazil, and the trade war between the USA and China.