The introduction of the Daleks, the Doctor’s greatest and most enduring enemy, was such a success that these films, presented here in new 4K digital restorations, were rushed into production. Established star Peter Cushing was cast as a more kindly, avuncular figure than then-Doctor William Hartnell’s crotchety character. In the first film, the Doctor and his companions arrive on Skaro, a planet desolated by an ancient nuclear war between the Daleks and the Thals. In the second, the Doctor and his friends find themselves on a ruined Earth, with the human race enslaved by the Daleks, and join the resistance. 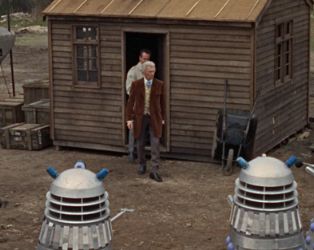