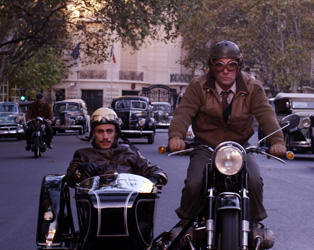 Our monthly gastronomic feature followed by a feast inspired by the film at the IFI Café Bar.

Pablo Narraín’s new film, Neruda, follows hot on the heels of his last biopic, Jackie. Portrayed by Luis Gnecco as a vibrant, committed idealist filled with ideas, poet-diplomat Pablo Neruda is forced into hiding following his criticism of the Chilean government. The screening of Neruda on Wednesday, April 19th at 18.40 will be followed by a meal inspired by the film.

The meal options will include: