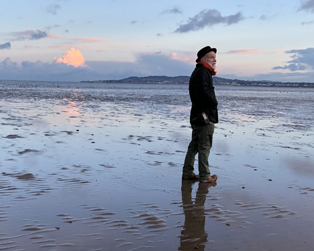 October 8th 2020: IFI is delighted to announce the winners of this year’s Audience Awards from the 2020 IFI Documentary Festival.

The Audience Award for Best Feature is presented to TOMORROW IS SATURDAY, directed by Gretta Ohle and Gillian Marsh. The film is an intimate portrait of the life and work of Irish artist Seán Hillen. Diagnosed in his late 50s with Asperger’s, he has reached a point where he finds it impossible to work in his house packed with unfinished art and boxes of memories. He begins to declutter, unearthing memories of his Newry childhood, a photography career cut short by censorship, and the evolution of a photomontage style that is infused with political satire.

The Audience Award for Best Irish Short is presented to WELCOME TO A BRIGHT WHITE LIMBO, directed by Cara Holmes. Combining documentary and dance performance, this visually arresting film dives into the mind and creative process of Oona Doherty’s award-winning dance show, Hope Hunt. The award for Best Irish Short is kindly supported by Screen Scene.

On the announcement of the award, Alan Collins, Head of Film and Drama at Screen Scene, said, ‘On behalf of everyone at Screen Scene I’d like to congratulate Cara Holmes on Welcome to a Bright White Limbo winning the IFI Documentary Short Film programme and I’m delighted to be able to award the prize of Colour Grading and Sound Mixing for your next short film at Screen Scene. 2020 has been a difficult year for us all but I am hopeful that next year will be better and we will get to meet you in person when working on finishing your film.’

The IFI Documentary Festival ran from September 21st to 27th and showcased 20 feature documentaries from Ireland and around the world, plus the annual Irish Shorts Programme. The festival was supported by Screen Scene, RTÉ Supporting the Arts, and the Broadcasting Authority of Ireland. IFI is principally supported by the Arts Council.