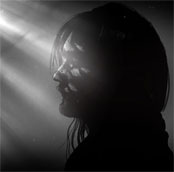 Q&A with director Brendan J. Byrne and guests following a screening of Bobby Sands: 66 Days at the IFI on August 5th at 6.30pm

Director Brendan J. Byrne and guests to take part in a Q&A following a screening of his new film Bobby Sands: 66 Days at the IFI on Friday,  August 5th at 6.30 p.m The Irish Film Institute is delighted to welcome director Brendan J. Byrne to the IFI for a screening of his latest film, Bobby Sands: 66 Days on Friday August 5th at 6.30 p.m. Following the screening the director will be joined by special guests to partake in a Q&A.

In the Spring of 1981 Bobby Sands, a Republican prisoner in Belfast’s H Block, began a 66 day hunger strike which drew the attention of the world to his campaign for recognition as a political prisoner. This focus on the Northern Irish conflict would eventually trigger efforts to resolve it. Byrne’s energetic new documentary chronicles Sands’ physical deterioration over the course of the 66 days, focusing on Sands’ beliefs as outlined in his prison diaries, on the divided community into which he was born and the Republican history which informed his politicisation as a young man.

Brendan is an experienced filmmaker, specialising in documentary and feature films. He was been making high end documentaries for UK and Irish broadcasters for over 20 years, including his Royal Television Society winning documentary Breaking The Silence about families coping in the aftermath of suicide, and Men of Arlington which won the Critics’ Choice award at the Dublin International Film Festival in 2011 (Producer). In a career spanning 25 years, Brendan ran production company Hotshot Films between 1992 and 2013 before joining Fine Point Films as Creative Director in 2014.

Tickets for the screening and Q&A are available now at www.ifi.ie or by calling the IFI Box Office on 01-6793477.