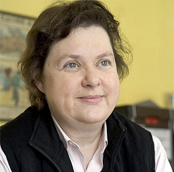 MRJF WITH IFI, BAI AND RTÉ PRESENT: “ARE YOU SITTING COMFORTABLY?”

at the Irish Film Institute

As the broadcast and funding climate changes, with digital media creating new platforms for documentary journalism, and commercial pressures challenging film-makers in how they fund their work, the Mary Raftery Journalism Fund (MRJF) aims to support journalists and film-makers in ensuring journalistic standards are maintained in this rapidly evolving landscape. The event will provide a unique opportunity for attendees to watch relevant work, gain insights into the challenges today for experienced journalists and documentary film-makers and a chance to examine one’s own practice and ideas in the context of the evolving digital environment.

Areas under discussion will include the relationship between the film maker and the subject; ethics around the management of personal material by documentary makers; the ‘authored’ documentary versus agenda led film-making; and an exploration of the opportunities and challenges presented by the rapidly changing digital environment.

In the morning there will be an opportunity to see Behind the Walls (2011), the final documentary series made by Mary Raftery. The screening will be followed by a discussion of the issues raised in the film facilitated by broadcaster and journalist Miriam O’Callaghan.