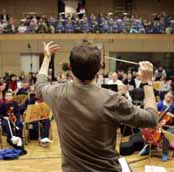 As the year draws to a close the team at IFI International would like to thank all of our exhibition partners – programmers, filmmakers, production companies, distributors and audiences – for helping us to make 2014 one of the busiest and brightest years for Irish film yet.

In 2014, IFI International facilitated 111 events in 41 countries bringing Irish film to over 30,000 people throughout the world. 72 features, 30 documentaries and 60 shorts screened in a host of different contexts at Irish film and international film festivals, Irish cultural centres, galleries, cinematheques, embassies and universities.

The IFI Irish Film Directory was launched at the Galway Film Fleadh in July. The directory is a great resource for international exhibitors of Irish film, and a platform for film-makers to promote their films. It contains information on over 350 Irish features, documentaries and shorts. We will be updating on a regular basis. See http://www.ifi.ie/ifiifilmdirectory.

EVENT HIGHLIGHTS: A YEAR IN PICTURES Come on Over (1920) at the Barbican Cinema with accompaniment by John Sweeney (piano) and John Devine (uilleann pipes). Hugh O’Connor at a screening of The Stag, at the Moscow Irish Film Festival. Thumbs up from Ciaran McMenamin at a screening of Made in Belfast at the Casa Del Cinema, Rome. Poster for screenings of  Poitín, Mise Éire, An Píopa, Kings and Ocras with Catalan subtitles at the Filmoteca du Catalunya, Spain Many Irish film events are confirmed for early 2015 including the Wurzburg International Festival, Germany and the Capital Irish Film Festival, Washington. The experimental programme Absences and (Im)possibilities continues to tour with Lux and will screen in February at the Centre de Cultura Contemporània de Barcelona. We look forward to working with the Centre Cultural Irlandais (Paris), Cinegael Montreal and the New York Irish Arts Centre on their year-round programmes. Planning is already well under way for a host of Irish film festivals celebrating St. Patrick’s Day including Moscow, Belgrade, Rome, Berlin, Boston, London and Sydney.