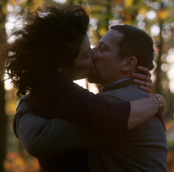 Gallic cinematic glamour and sophistication return to Dublin for the Carte Noire IFI French Film Festival from November 19th to 30th as it celebrates its 15th anniversary with a magnificent selection of French cinema and a superb line-up of special guests that includes star of The Diving Bell and the Butterfly and former Bond villain, Mathieu Amalric.

For a whirlwind 12 days the Carte Noire IF French Film Festival will showcase 22 new feature films including work from Bruno Dumont, the Larrieu brothers, Jean-Luc Godard, Céline Sciamma, Abderrahmane Sissako and Benoit Jacquot. There will be a classic focus on one of the key revolutions in the history of cinema, the French New Wave, and a special guest line-up that includes international star Mathieu Amalric, directors Cécile Telerman and Pascale Ferran, actress Assa Sylla and film historian and documentarian Antoine de Baecque.

Now in its 15th year, the rich Carte Noire IFI French Film Festival programme draws on the quality, heritage and restless ingenuity of one of the world’s great national film cultures, suggesting the Festival will remain a key part of the Dublin film calendar for many years to come.

Announcing the 2014 programme, Festival Director Marie-Pierre Richard said ‘This year’s programme is defined by audacious stories, atypical formal characteristics, rigorous direction and vibrant performances. We see fresh perspectives and formal freedom; work which flirts with genres and with cinema’s past.’

The Gala Opening of this year’s Festival, Girlhood, is the new film from director Céline Sciamma who is well known to Irish filmgoers after Water Lillies and Tomboy, which established her as an intriguing and committed filmmaker, presenting stories about young women in a distinctive, observational style. Girlhood is a potent coming-of-age story that focuses on a tightly knit gang of girls living in the tower blocks of Paris and expresses female identity and desire through precise direction and sumptuous imagery. One of the film’s stars, Assa Sylla, will attend the Gala Opening which will be followed by a wine reception.

Mathieu Amalric’s visit to the Festival is sure to cause a ripple of excitement that will extend far beyond Festival regulars. Already known for an impressive body of French work and for his role in Steven Spielberg’s Munich, Amalric burst into the international consciousness in 2007 as the star of the IFI’s biggest ever hit The Diving Bell and the Butterfly and followed up by co-starring with Daniel Craig as the villain in the 2008 James Bond film, Quantum of Solace. At this year’s Festival Amalric will be taking part in a Q&A after the screening of his new film The Blue Room; a thrilling and sensual tale of crime, passion and adultery that premiered at Cannes 2014. As well as directing The Blue Room, Amalric co-wrote and stars alongside his real-life partner Stéphanie Cléau. Amalric will also be taking part in Q&As after the Larrieu brothers’ Love is the Perfect Crime, in which he plays a Professor of Literature and serial seducer caught in the mystery of a disappeared girl, and Sophie Fillières If You Don’t, I Will, a tragi-comic tale where he stars alongside last year’s Festival guest, Emmanuelle Devos.

Director Pascale Ferran’s films are meditative, sensory experiences that explore themes of existence, emotion and inner reflection. Ferran will visit the Festival for the first time for a special Pascale Ferran Focus that will see her take part in Q&As after her multi-award-winning 2006 film Lady Chatterley, her new film Bird People (a marvellously experimental exploration of two solitary existences colliding), and host a free Masterclass on ‘Literary Adaptation and Visual Effects’.

Expect a lighter touch from another visiting director, Cécile Telerman, who became known for her comic creations after her brilliant debut Thirty-Five Something in 2005. Telerman will take part in a Q&A after her new film The Yellow Eyes of the Crocodiles, which features the endlessly glamorous Emmanuelle Béart as beautiful and rich Iris who, in an effort to prove herself at a dinner, claims to be writing a book and gets caught in a lie. She then persuades her sister Joséphine (Julie Depardieu) to save her by writing the book…

Filmmakers, critics and film goers will never stop revisiting the explosion of creative energy in the 1950s and ‘60s that became manifest in the French New Wave. Leading historian of post-war French cinema Antoine de Baecque will attend the Festival to re-examine some of the Nouvelle Vague films and discuss the movement. In his French New Wave Programme, de Baecque will present his documentary on Jean-Luc Godard and François Truffaut’s creative friendship and subsequent split, Two in the Wave, as well as introduce Truffaut’s Mississippi Mermaid (1959), and take part in an hour-long conversation on ‘French New Wave and Cinephilia’ (free event). Also showing in this programme will be Godard’s Two or Three Things I Know About Her… and Eric Rohmer’s Love in the Afternoon. Additionally there will be an Alain Resnais Tribute and Marguerite Duras Centenary Special Screening of Hiroshima mon amour (1959) and, reminding us of the impressive longevity of the careers of many of the central figures of the French New Wave, a new film from Jean-Luc Godard, Goodbye to Language (3D).

The Emerging Directors slot features the work of two of the latest wave of ‘young French cinema’, Guillaume Brac and Vincent Mariette, who both studied at the national French film school and who work with the same actor, Vincent Macaigne (hailed as ‘the new Depardieu’). Brac’s Tonnerre and Mariette’s Fool Circle and The Lizards, all starring Macaigne, will all be showing at the Festival.

Young French film fans can also enjoy a dazzling 3D animation mixing CGI insects with real settings in the IFI Family screening of Minuscule: Valley of the Lost Ants. Based on the worldwide hit TV series by writer-directors Thomas Szabo and Hélène Giraud, it’s an epic adventure on a miniscule scale.

Even though it’s this Festival’s closing film, 40-Love still heralds something new, as it introduces the impressive debut feature director Stéphane Demoustier. A father-and-son story which focuses on the ambitions of a promising 11-year-old tennis player and his newly unemployed father, it’s told with a sparse, dry realism, that reflects the style of the film’s producers, the masterful Dardenne brothers.

The Carte Noire IFI French Film Festival brings the flavour of France to the Irish cultural calendar so don’t miss out! Be sure to also check out the specially themed French menus in the IFI Café Bar throughout the Festival.

Tickets are available here or 01 679 3477. For more information, interview request and images contact Patrick Stewart (pstewart@irishfilm.ie) or Deirdre O’Reilly (doreilly@irishfilm.ie) at the IFI on 01 679 5744.

The IFI acknowledges the financial support of its principal funder the Arts Council. The Carte Noire IFI French Film Festival is supported by its title sponsor Carte Noire and its Lead Partner, the Embassy of France in Ireland. Additionally, the Festival is made possible with the support of Airbus, Alliance Française, CRH, Europa Cinemas, The Gibson Hotel, Institut Français, The Irish Times, Kronenbourg 1664, RTÉ Supporting the Arts, TV5MONDE and uniFrance films.